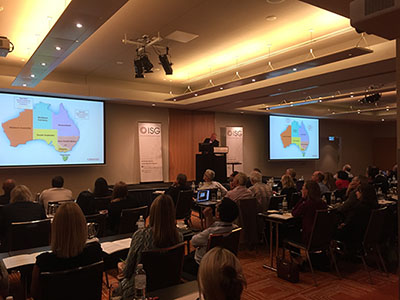 The ISG again held its annual scientific meeting at the Parkroyal Hotel at Melbourne Airport, with approximately 100 in attendance. There was an excellent line up of speakers, including Prov David Goldblatt from the University College London, and a live link to the UK with Dr Richard Pebody from the Imperial College London answering questions to a pre-recorded presentation.

The meeting began as usual with an epidemiological review of the most recent (2015) southern hemisphere influenza season, as well as a look at the current situation in the northern hemisphere. We were also fortunate to have the Chief Medical Officer, Prof Chris Baggoley, speaking on how our seasonal flu experience informs Australia's pandemic response. The evening session ended with a trivia quiz conducted by ISG Chairman, Dr Alan Hampson, which has now become a regular feature of the Sunday sessions.

The second day of the meeting began with a presentation by Paul Van Buynder, giving a background on paediatric influenza, being the topic of the first session.

As the ISG evolves into the Immunisation Coalition, a broader range of adult vaccines were discussed in the second session for the day, including zoster (presented by Prof Tony Cunningham), and an update on the status of new/improved influenza vaccines - QIV, High Dose, Adjuvanted. Dr Elizabeth MMcCarthy chaired a session on maternal immunisation, which was followed with an update on the Australian Immunisation Register (AIR), presented by Joel Willis from the Office of Health Protection.

Neuraminidase Inhibitors featured in a panel discussion chaired by Prof David Smith, with the final clinical session on Pneumococcal Disease.

The meeting was largely considered another great success. 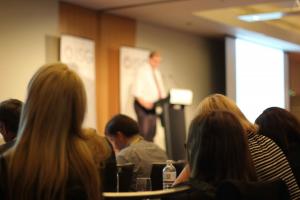 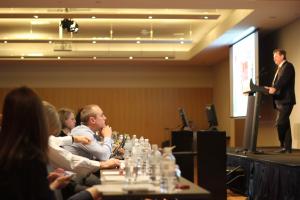 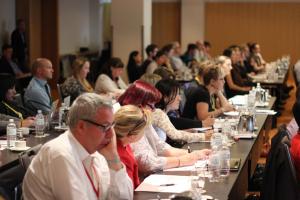